I met a wonderful and interesting woman this week and she confided that she had been catholic but that she never felt that God heard her prayers.  I said God is listening and wants to answer all of your prayers.  What I would have liked to have said was ” . . . We have to learn to attune our ears to hear Him clearly”.   Taking a moment in one of the nation’s premier department stores, I felt somewhat challenged to share with her fine points about Christianity and to discover where she is in her walk with the Lord but I am praying that she will follow me to this page and I add this writing with her and hopefully others in mind. 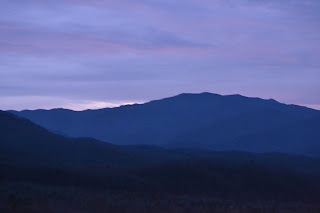 Christianity is not a religion, it is the formation and development of a relationship between ourselves and Jesus,  the Christ (the Anointed One, Risen Messiah). I say it is not a religion because religions are founded upon the premise that people need to do something in order to be “good enough” to be acceptable to God.  Every religion known to man provides a vehicle where if we can pray enough, or do enough good or (God forbid) destroy our enemies, we can be deemed righteous and/or be rewarded.

Clearly and simply, we cannot do enough, but the love of God is so great that He would not let us be lost but sent His one and only Son to pay the penalty of death for our failure and separation.   He paid that debt and as a result, we have a chance to know and fellowship with Him.

There have been no lack of stories about a designated savior/gift to the world. This story differs from most as it details the most gruesome death that anyone has had to die who was innocent of any crime.  As it is written, “scarcely for an upright man will one die, or even for an especially good man. But Christ died for us” while we were dead wrong and not even looking for redemption!  [partial quote and my own paraphrase of Romans 5:7-8]

He rises from the dead and was seen by hundreds of people, returns to heaven but is coming back for all that believe in Him.  He made promises of good gifts and favor for all who believe in Him. The story is easy to believe but also easy to reject.  We can come up with our own rationale for how and why God should operate and complete scenarios about how the plan of salvation should work.  But God is looking for those who will follow His plan, seek Him to worship and worship Him in Spirit and Truth.   He wants people to love him in faith by grace as we learn to understand His love and mercy.