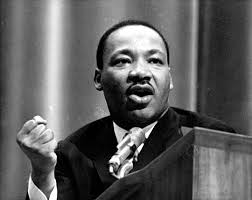 From Martin Luther King’s “Loving Your Enemies” Sermon taken from Strength to Love copyright 1963. “An even more basic reason why we are commanded to love is expressed explicitly in Jesus’ words, ‘Love your enemies . . . that ye may be called children of your Father which is in heaven.’ We are called to this difficult task in order to realize a unique relationship with God. We are potential sons of God. Through love that potentiality becomes actuality. We must love our enemies, because only by loving them can we know God and experience the beauty of his holiness. “
In the life of every Christian there will come tests and challenges of the faith that we have confessed. How convinced are we that there is an answer to our problem? Is God really going to provide? There are even answers in His word that confirm his will and desire to provide. But these answers don’t come overnight, the manifest answers to our prayers come often when we least expect or frequently much later than that; but they never come too late – Praise God!!
Now faith is the substance of things hoped for, the evidence of things not seen. [Hebrews 11:1] We believe that God is going to do something for us in the future. He wants to provide for us [Lk 12:32] but have to wait in confidence that he is going to perform what he has promised. In proof of our conviction, we are to rejoice as if we are in possession of the promise while we still wait. 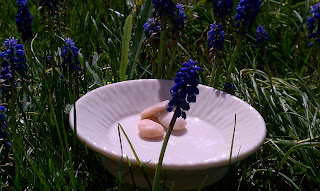 At one point I was frustrated with waiting [I was waiting for my wife]. A fragment of a verse came to me from John the Baptist. He was admonishing the Pharisees and Sadducees and told them that God was able to make sons of Abraham from stones. [Mt. 3:9]. Intellectually, I knew that God could do ANYTHING but for this verse to walk into my consciousness and declare that even though I didn’t know where my wife was coming from, God is able and willing to create something very special [i.e. a son of Abraham, born to special rights and privilege] from a rock. This [revelation] blew me away!
So all I had to do was wait.
Somewhere I had grabbed Luke 21:19 in my spirit “In your patience, possess ye your souls” The soul is the seat of the mind, will, and emotions of each person. It is separate from the spirit and body. The soul is the place where worry, fear and anxiety can take root.
In a situation where there is loss, sickness or uncertainty, one always has the option of losing heart, or letting their doubt overshadow the word of God. This is the psalmist’s perceived dilemma in Psalm 42 when he asks “Why are you cast down, O my soul? And why are you disquieted within me? [vs. 5]
This is the chief question to be asked in light of what we know to be true – the promises of God are Yea and amen [2 Cor 1:20 ] but how do we endure the wait until they come to fruition? This is the work of God as Jesus describes in John 6:28-29. Believing on Him in spite of what the physical world and everyone else says about the matter.
That much more, we hate the wait; we hate the feeling of powerlessness and vulnerability. It’s un-American! Even so is the word “qavah” translated wait as in the oft quoted Isaiah 40:31 “they that wait upon the Lord shall renew their strength; they shall mount up with wings as eagles . . . and clearly one simply needs to do a word study to find these valuable reminders: Psalms 25:3, 27:14, 37:9, 130:5 and Lamentations 3:25 to know that waiting [and seeking Him] are keen parts of our walk and that we will not be ashamed or disappointed who hope in Him.
The Word of God is alive; sharper than a two-edged sword but is it really true?
What is truth?
Is the Bible really relevant?
What do you believe – what are you willing to believe?
Jonah and the whale? [This must be a biblical fairy tale] 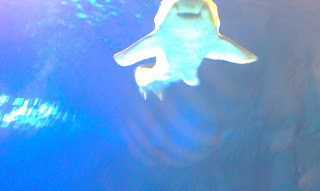 Dinosaurs – they’re not really in the Bible, so where do they fit?
Tithing [do you actually believe that God will meet all of your needs if you give Him the first 10 percent of your money?]
God’s provision for healing – we know He can, but will He?
Spanking and corporal punishment [it’s in the Bible but it can’t be true –can it?]
Homosexuality [man-made or affliction?]
There are so many dissenting words and diverse meanings in the world. People who say that they are Christians, religious, spiritual but they seem just as if not more confused than we are. Yet another sign that these are the last days – as Paul said there would be people who “have a form of godliness but deny the power thereof” [II Tim 3:5]
Translations, canonical
“I believe the Bible but there are some parts that I don’t understand – there must have been something wrong in the translation”.
I have a problem understanding people whose concept is so limited that the Almighty God of Hosts couldn’t make a way for His indelible word to be recorded and available for the entire world, to those who want it.
We must remember I Corinthians 2:14 “. . the natural man receiveth not the things of the Spirit of God; for they are foolishness unto him: neither can he know them because they are spiritually discerned.”
You may need to do a self-check; if you are having such difficulty with believing – It has been said that some Christians believe that the bible is inspired in spots, some spots are inspired by God and others are just wrong.
If you have never taken a language course, especially Aramaic, Greek or Hebrew [the biblical languages] you might need to do so and find out not only the intricacy of the languages, but the clarity of the best known translations. One needs to be very clear that while there may be some difference in the nuance of how a phrase is rendered. There is very little difference between one translation and another in what is literally meant, especially in the exegetical light of historical context.
This is a Faith Fight
Unfortunately, the less you know – the better it is for our adversary, who needs us to be ignorant to our rights, responsibilities and privileges as believers and heirs to the Kingdom. If you remain skeptical about the power of God’s word and its efficacy to assist and to conduct warfare – you will remain powerless.
My one-word synonym for faith is “conviction”. Are you convinced that God can do what He says He will do? Are you convinced that His word is literally true? Do you think that He made promises for poetic value? Have you put God in a box?
The writer of Hebrews states that “The word preached did not profit them, not being mixed with faith in them that heard it” [4:2]
The word will only be profitable for us but it can only be if we place faith in it – if we are convinced that God’s word is alive [rendered quick in Heb. 4:12 ];
In John 6:29, Jesus states “This is the work of God, that you believe on him whom he has sent” That is, believe that He is Messiah and ergo, believe in the intrinsic value of the work he performed while on earth.
The trick [if you will] of the work is to remain convinced [without regard to circumstance]. This is more difficult than it sounds. Take for example: The Israelites when they left Egypt, they had just witnessed a great deliverance. They experienced the catastrophe of the Passover and the duress that the Egyptians felt as their sons and livestock died. They left Egypt and faced the first hurdle i.e. The Red Sea. They were ready to go back to Egypt.
The Apostle Paul states: “Fight the good fight of faith, lay hold of eternal life” Although spiritually you will try to keep your faith, the nature of the fight continually works to shake your faith and confidence in the promises of God. The circumstances and appearances all work against faith but you have to know what you know. The substance of things hoped for, the evidence of things not seen.
To continue with this metaphor, we are in a fight using the weapons(s) given for the fight. The breastplate of righteousness, feet shod with the preparation of the gospel of peace, the helmet of salvation, loins gird with the truth, above all with the shield of faith.
To open this up even more we need to understand:
1] All items mentioned are defensive armament
Notice how the armor of God is used, the inner most garment is the truth.Jesus said “And you shall know the truth and the truth shall make you free” John 8:32
A fighter who cannot get solid traction will surely get knocked out! The traction is the preparation of the good news of God’s peace with man. Above all using the shield of faith – your key defensive weapon because it’s a fight, a faith fight!!
2] The only offensive weapon is the sword
The word of God is a sword, but not the leather and paper – the word that can be used as a weapon is the word that you have embedded in your heart. How is the word of God used? Mt. 4:4, 4:7, 4:10
Jesus said, “heaven and earth will pass away but my word will not pass away” Mk. 13:31
Reality exposed says that the word of God is real and true.