Luke’s Gospel the 4th chapter illustrates offense in a very clear way as Jesus knew that the people of Nazareth bore some contempt that he would be bold enough and think highly enough of himself to make claims to some title or assume some kind of nobility due to the success he had in Capernaum. He quoted Isaiah and stated that he was the fulfillment of prophesy and that his personal calling was written by the great prophet many centuries before. 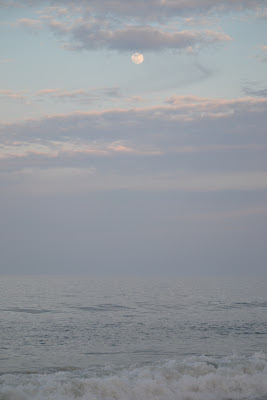 The crowd responded by asking don’t we know this guy? Isn’t this Joseph’s son? They made themselves familiar to him thereby disavowing his claims but more importantly discounting the possibility that he could have been God-sent. This is an issue for modern Christians as we face the possibility of missing the blessings God intends for us by discounting those around us. Have you ever heard “This preacher is straight from the street, he used to date my cousin. I can’t believe a word he says . . . “ Anyone who would use this descriptive has been offended i.e. has created a way to stumble [and/or fall] because of an assumption created by virtue of their own thinking and reason.
I Corinthians 13:7 states that love the love of God (Zoe love)  “believes all things, hopes all things and endures all things” which means that we believe the best in people, hope the best for them and deny that part of us that wants to belittle or negate what God can do in and through people.  Humans look for the worst in people and negate their positive aspirations.   Christ inspires us to hope for what people can be and expect that they can do more and better their service to God.
This is a hard saying. So much so that when Jesus declared it to the people of Nazareth, they tried to throw him off a cliff.  Jesus understood the fervor that comes from this kind of offense, he admonished the disciples to be wise as serpents and harmless as doves. Matthew 10:16-18  This admonition needs to be kept even as we walk with Him.  We will sometimes be exploited or abused by those around us and when we experience this, we need to be aware that it’s happening, but not necessarily recompense those who want to exploit us.  One of the most common tricks played on baby christians is for their leftover unsaved friends to say, “you’re no different from me . . . ”   Unfortunately, they take the role of our enemy to accuse us and to confirm our sense of guilt despite knowledge that Jesus has paid for our sins and forgiven us. They are offended with us and it is easier for them to keep things as they are than to walk through the struggle of church and personal growth.  We have to keep praying for them and for the Lord to keep us away from being offended.
Watch for Rock of Offense Part 2!
For an exhaustive definition, review this link to Blueletterbible.org: