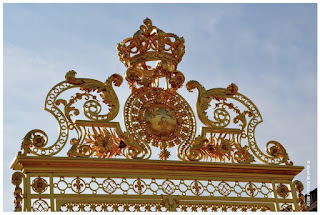 I grew up listening to our church choir singing “Lift Up Your Heads, Oh Ye Gates and Be Lifted Up Ye Everlasting Doors!”  The anthem was so grand and majestic, fitting for the lyrics.   Much later I began reading with understanding and I began to recognize David’s role in foreshadowing Christ’s journey [Psalm 1], His passion [Psalm 22] but I was still much older when I read that Christ had entered into the greater and more perfect Holy of Holies (the Holy of Holies of Heaven, into the presence of God) and poured out his own blood as the price to set us free. [Hebrews 9:11-12].
We read in earnest that He told Mary Magdalene on Resurrection morning, “Touch me not; for I am not yet ascended unto the Father . . . [John 20:17]”  leading us to believe that this was the time that would pour out this blood in the heavenly tabernacle.  This would be the time that he would leave earth to enter heaven.
This act was foreshadowed yearly on the Day of Atonement, “Yom Kippur” as the High Priests would enter in and pour the blood of the sacrifice out on the Mercy Seat in the most Holy Place in what would be called the wilderness Tabernacle.  Christ as our High Priest entered in to the heavenly tabernacle to once and for all pour out his precious blood to atone for our sin.
It would be this time when He would encounter the gates of heaven, after tasting death for us all, after being beaten and tortured for hours at the hands of the Romans and the Jewish High Council.  We would have to suppose that Mary Magdalene and Nicodemus may have cleaned his body but even Isaiah said that: “He didn’t even look human – a ruined face, disfigured past recognition.  Nations all over the world will be in awe, taken aback, kings shocked into silence when they see him.” [Isaiah 52:14-15a MSG]  In this condition would return to the gates of heaven, living gates, speaking gates, still grieving the death and misery of the past Friday. Their heads would be downtrodden, broken. They had  no idea what the plan of salvation is although they wanted to know [I Peter 1].
The gates would see him, but not know him, though he is Master of all.  It is not clear who reveals this Glorious, Victorious Christ.  But the psalmist declares him victorious, Mighty in battle, King of Glory!  He is given the exaltation due the King.  [Philippians 2:9]