Skip to content
For all of creation is waiting, yearning for the time when the children of God will be revealed. 20 You see, all of creation has collapsed into emptiness, not by its own choosing, but by God’s. Still He placed within it a deep and abiding hope 21 that creation would one day be liberated from its slavery to corruption and experience the glorious freedom of the children of God. 22 For we know that all creation groans in unison with birthing pains up until now. Romans 8:19-21 [Voice] 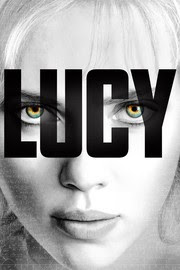 I watched Luc Beeson’s Lucy the second time and though I didn’t think the film remarkable the first time, It certainly reminded me of the verses above and the interest in becoming more than we are. It is indeed fascinating to watch this theme reoccur time after time. The distinguishing characteristic being that this film much like Neil Burger’s Limitless reinserted the human capacity being limited by their functional access to their larger brain capacity.
As told in the film’s narrative, most of us use approximately 10% of our brain’s capacity. The film’s hypothesis ventures that additional brain capacity supplemented by a synthetic compound found in new mothers and transferred to their newborn. The Limitless film proffers a newly devised recreational drug that does the same thing. The capacity increase allows the people to interact with matter differently, to absorb information at an incredible rate and to influence others in a myriad of ways.
Christ came to earth and in his time he exhibited special abilities documented in the Gospels. These abilities helped illustrate the fact that he was Messiah but the Jews were expressly waiting for a warrior King, not a servant. These special abilities allowed him to serve the people and to create the nucleus of the Kingdom movement (or the church). They are also documented in I Corinthians 12:8-12
” 8 for to one is given the word of wisdom through the Spirit, to another the word of knowledge through the same Spirit,9 to another faith by the same Spirit, to another gifts of healings by the same[b]Spirit, 10to another the working of miracles, to another prophecy, to another discerning of spirits, to another different kinds of tongues, to another the interpretation of tongues. 11But one and the same Spirit works all these things, distributing to each one individually as He wills.” [NKJV]
How amazing is it that these fiction writers end up giving their characters abilities that compare quite favorably to the spiritual gifts described above in attempts to assist or even save the entire human race!
Some naysayer will say that there have been many myths and stories of the one life-giver and hero. To that, we say our Savior has been the most famous and influencial person of all time. And that each person he has given life to has their own story of how great he is. Now run and tell that . . .