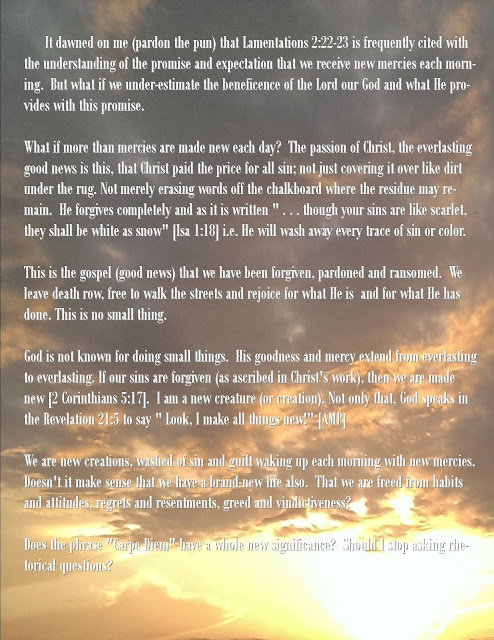 I choose not to name the author of this article although if you are resourceful and search for the author, you will certainly find him.  I would not like to be deemed a plagiarist and the following passage is not mine but it did inspire me to write the passage that follows it called My Response. I include the reasons for my dissent and would like to hear how you feel about the matter.

Are authentic Christians in America about to experience orchestrated and intentional persecution?  Spiritually discerning people have been saying “yes” to this question for some time.

But the New York Times saying it?  Persecution – or the equivalent – is coming.  Soon.  To Christians.  Why?  Because of their refusal to accept so called homosexual “marriage.”  and again later . .  . I have a question.  Can this be turned?  Can persecution be avoided?

And that is precisely what I want to ask you to do.  Please join with thousands of other pastors, Sunday, October 5th – teaching people how to think biblically on election day – in the voting booth – in November 2014. The link to the New York Times article I am adding here:

This letter caught me as I was reading Martin Luther King Jr.’s “Letter from a Birmingham Jail” (interesting timing). In contrast with the author, I’m not looking to avoid persecution.  I’m not looking forward to it either. I do recognize that it’s coming and that as long as the world is wrong, Christians will have to stand for what is right.

This fight unlike the straight-to-point anti-Christian persecution in places like Iran and Indonesia will encourage tension but these are early blows at the front of an escalating battlefront over lifestyles and the intersection where my rights meet yours.This is not new. America stands at one of its many decision points. It stands accused of the same spiritual infidelity that Israel was accused of.  Will this be a tipping point that takes us to the Day of the Lord or will we wait for another debacle?

Christ sits at the right hand waiting for His enemies to be placed underfoot.  No action taken by any elected official will make an iota of difference.  Our Christian elected officials will be placed in another precarious position but politics will not be a significant influence on America’s direction.  No one has ever been able to legislate right attitudes on the electorate.

Then again, some elected officials discuss being Christian but then they lobby and advocate for the wrong side of an issue.  Yes, I expect them to vote as proxy for their constituency, but I am opposed to “Christmas & Easter” Christians playing the “born again” card no matter who they are.

Some elected officials or appointees take on the role of scare-mongers. The information they bring seems to accompany an underlying message to “be very afraid”.  The messages are as irritating as the terror alert levels. The alert does more than provide information.  It tells us how much fear to have.  God has not given us a spirit of fear . . .

I’m not against people voting their conscience.  But that is not where our energy needs to be focused.  So I again quote Dr. King, who from the jailhouse in Birmingham said: “There was a time when the church was very powerful – in the time when the early Christians rejoiced at being deemed worthy to suffer for what they believed.” 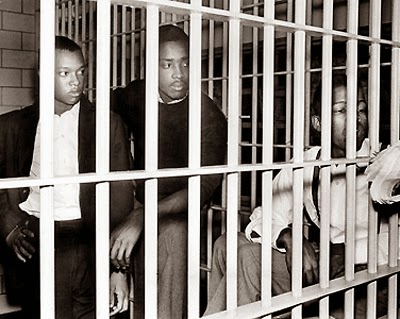