Skip to content
Although some question remains on who the author of this psalm is, Moses as author of Psalm 91 rings most true to me.  Moses wrote several of the psalms but this one has inspired me since my bible reading became vital and the Word, a life priority.
The vision of this psalm describes the camp that the Lord God described to Moses on the mount over 40 sleepless days and nights. Moses was taught how to prepare the camp according to the pattern he was given. The detail he was given showed which tribes were to be placed where, and where the Levites were also to be placed. The protocol for the camp’s movement was also given priority. 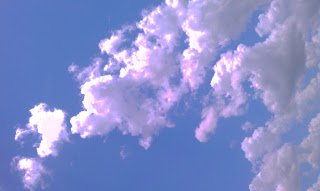 The Israelite tribes wandered in the heat of the desert wilderness but they were under a cloud of divine protection.  A cloud representing the glory of the Lord covered the tent of meeting and quite literally the entire camp.  When the cloud was taken up, that was the signal for them to prepare to travel, the camp was to be dis-assembled and packed for movement.  The uplifting of the cloud then provided shade, [shadow] a covering for those below as they followed it to the next campsite.   Abiding in the secret place under the shadow of the Almighty is a very secure place and clear metaphor for what Moses experienced.
Moses had to learn from experience how to trust God in the midst of his own unbelief including the many trips to the Pharoah’s palace, so many times he left there empty-handed. I can’t imagine how frustrated he must have been to have seen the masses of Egyptians suffer plagues of frogs and locusts, sores and more knowing that the Pharoah’s stubbornness was totally to blame.
He clearly witnessed the noisome [rank and noxious] pestilence of flies, locusts, dead livestock and water turned blood, he was assured not to fear these things.
In the moment of great angst, Moses saw the people trapped before the Red Sea and had to learn the hard way that God is a refuge and fortress – when He wraps his arms [wings] around you, you are safe.  As verse eight says “only with your eyes will you behold the reward of the wicked”, he witnessed the Egyptian chariots and horses swallowed in the depth of the Red Sea.  The old song claimed “Mary don’t you weep, Pharoah’s army got drowned”
The psalmist says that you won’t be afraid of night terrors or any weapons (rendered evil plots and slanders in the Amplified Version). Neither the destruction or sudden death that could happen in broad daylight.  A thousand or even ten thousand  can die before you but you will be safe.
The psalmist places a conditional promise as does occur frequently throughout the bible. The promise can be considered true as long as the premise is completed. The premise states, “Because he has set his love upon me . . . then sets forth a number of promises but the most striking and amazing to me is I will satisfy him with long life. That is, as a result of loving Him, I will be satisfied with the length of my life, or even,  ” . . .  when I depart this life, I will be satisfied.
The second part of this promise is: ” . . . show him my salvation”.  I Thessalonians 5:23 describes salvation more clearly than most by describing salvation as a whole.  Salvation of the spirit, soul and body as a process incomplete until the Day of the Lord.  Yet the Lord promises to show this salvation process to those who love Him.